What Is Blockchain and What Are Its Benefits? 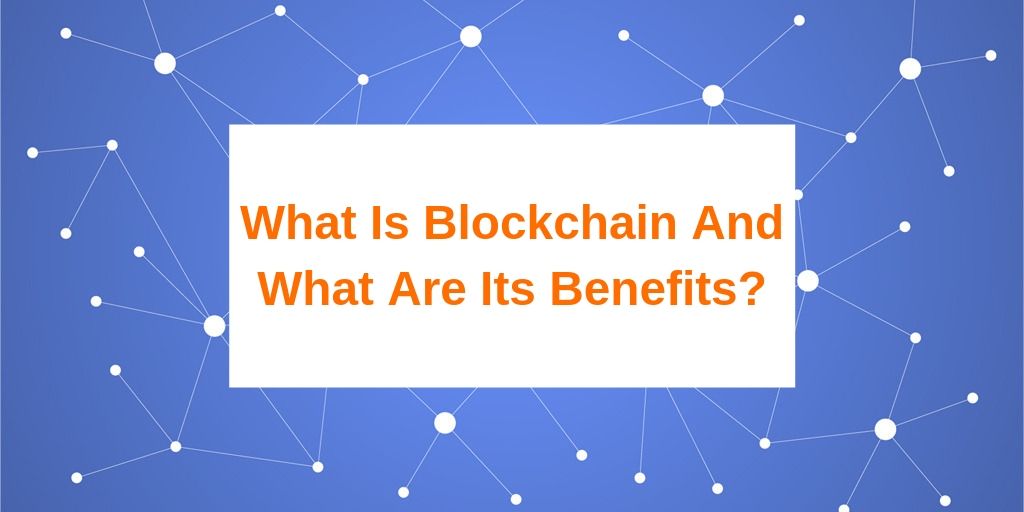 As more and more industries adopt advanced technology, streamlining business operations, and improving transparency into performance, technological terms are starting to become common in day-to-day conversations. For example, “blockchain” is a term that many professionals in a wide range of industries have become acquainted with. It’s no wonder when worldwide spending on blockchain solutions is expected to grow from 1.5 billion in 2018 to an estimated 11.7 billion by 2022.

But even some professionals on the technical side of the business world don’t know how this new technology works. While you might know that blockchain can increase the security of a business’s data, there is much more to it than that.

Read on to learn what blockchain is and the benefits it has for your business.

In essence, blockchain is a decentralized, indestructible ledger that records and tracks business assets. These assets can be either tangible, like houses and land, or intangible, like copyrights and branding. As businesses are beginning to realize, almost any asset can be securely tracked and traded through a blockchain network.

Blockchain architecture empowers participants to share a ledger, which is updated through peer-to-peer replication during each transaction. With peer-to-peer replication, each network participant (also known as a node) is a publisher and a subscriber. Each participant, or node, has the ability to receive or send transactions to other nodes in its network, and as the data is transferred, it is synchronized across the network in real-time.

Unlike a traditional multi-ledger system, participants involved in the process don’t need to maintain their own individual ledgers and then consolidate them to share with others -- an outdated practice that increases the risk of duplication, boosting expenses incurred and the potential for businesses to waste time. Because blockchain uses consensus models to validate information, it is less vulnerable to cybersecurity attacks. Transactions are secure, authenticated, and verifiable.

According to IBM, a blockchain network has the following characteristics:

Time savings. Even complex transactions that involve multiple parties can be decreased from days to minutes. Because transaction settlement through a blockchain network doesn’t require verification by a central authority, it is far faster.

Cost savings. Blockchain networks can reduce a business’s expenses in a few ways. Because they are self-monitored by network participants, less oversight is needed. There is less need for intermediaries because participants can exchange assets directly. Duplication, which requires extra work from multiple parties, is eliminated by allowing network participants to access and monitor the shared ledger.

Tighter security. A blockchain’s security features prevent additional tampering and cybercrime. When a blockchain network is permissioned, businesses can create a members-only network through validating member and asset identities.

While some blockchains are permissioned, others aren’t. For businesses, especially those within regulated industries, a permissioned network is critical, offering additional blockchain benefits, such as:

Enhanced privacy. With IDs and permissions, users can control administrative functions of their particular blockchain system, specifying which transaction details will be accessible by other participants. These permissions can easily be expanded in special cases, like when an auditor needs to access additional transaction detail.

Improved visibility. Because blockchains use a shared ledger that functions as a single, accurate source, businesses will find it easier to monitor and audit transactions. This gives businesses complete visibility into complex processes with many contributors and moving parts, allowing them to track business goals or metrics from beginning to end.

Increased operational efficiency. Because assets in blockchain networks are digitized, operations, including transfers of ownership, are far more efficient.

Vertrax is excited to announce our blockchain partnership with IBM. We’ll be releasing more info soon, so be on the lookout.

Contact us today to hear more about what the future holds and how you can benefit from our suite of supply chain solutions.