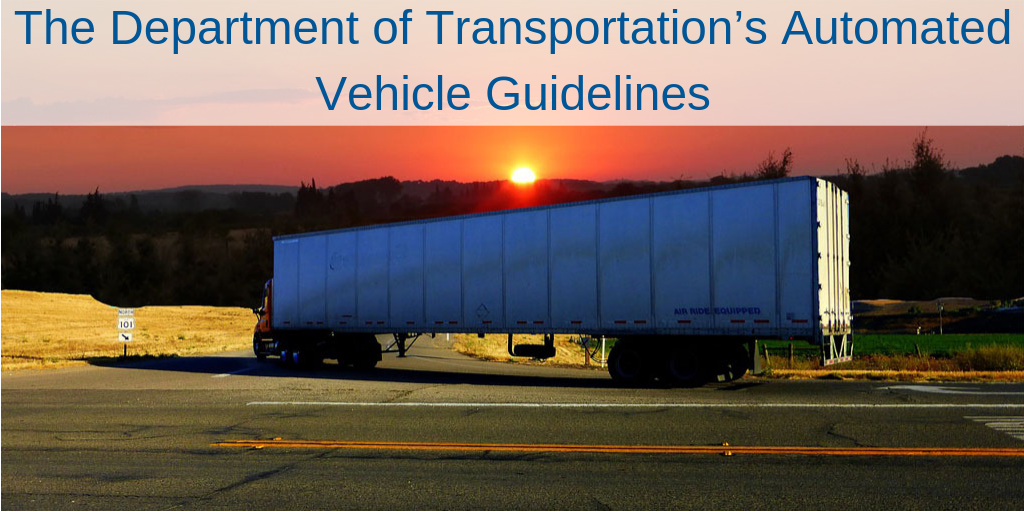 The U.S. Department of Transportation (DOT) recently released an 80-page document titled “Preparing for the Future of Transportation: Automated Vehicles 3.0,” or “AV 3.0” for short. It expands the DOT’s voluntary guidance on the development of what they consider “automated vehicles.” This document builds on last September’s AV 2.0, with the intention of introducing a “comprehensive, multimodal approach toward safely integrating automation.”

Automation of vehicles aims to make transportation of people and goods more efficient, but also much safer. According to the DOT and National Highway Traffic Safety Administration (NHTSA), 37,133 deaths were from motor vehicle crashes in 2017, with 94% of those involving driver-related factors, such as impaired driving, distraction, and speeding or illegal maneuvers.

AV 3.0 is still technically a draft document, with the next step in the process being its publication in the Federal Register, allowing public comments and review. AV 3.0 will not be a law that needs to be followed, but rather guidance framework for automated vehicles that can be followed so that once they are more prominent, all industries are already prepared.

The document goes into detail on principles, levels, roles, and the future of automation.

The U.S. DOT will base their policy-making on the following six principles, establishing a clear and consistent Federal approach.

The DOT will not take away people’s freedom to operate their own vehicles. Their vision is automated vehicles operating alongside manually-driven vehicles.

There are various levels of automation for vehicles, and having each level clearly defined is crucial for creating laws and regulations for the new technologies. SAE International mapped out 6 levels of vehicle automation that the DOT is using as a basis for their automated vehicle guidance. 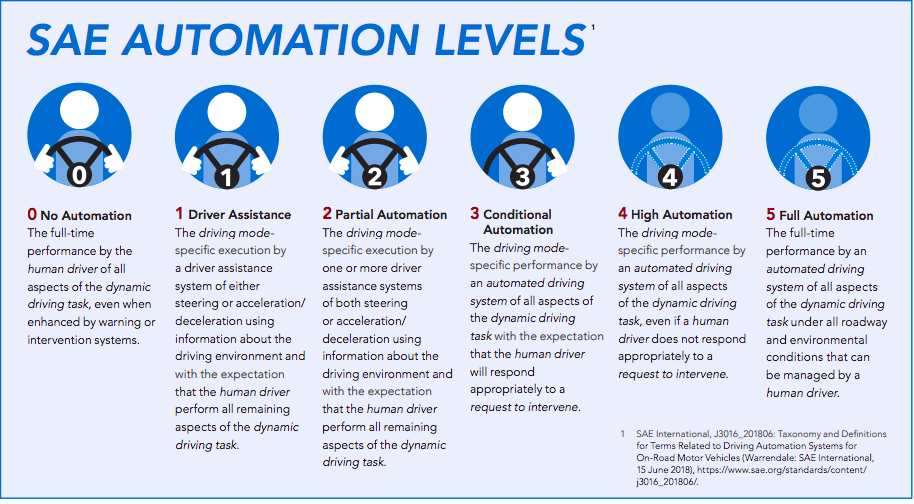 Federal, State, and Local governments -- along with the private sector -- will all play a role in helping to deploy automated vehicles. The Federal Government is responsible for “regulating the safety performance of vehicles and vehicle equipment.” This ensures that the technology being released is safe for the public.

The DOT mapped out a tentative framework for testing new automated driving systems (ADS) in order to ensure safety. They stress that “collaboration is needed among manufacturers, technology developers, infrastructure owners and operators, and relevant government agencies to establish protocols that will help to advance safe operations in these testing environments.” 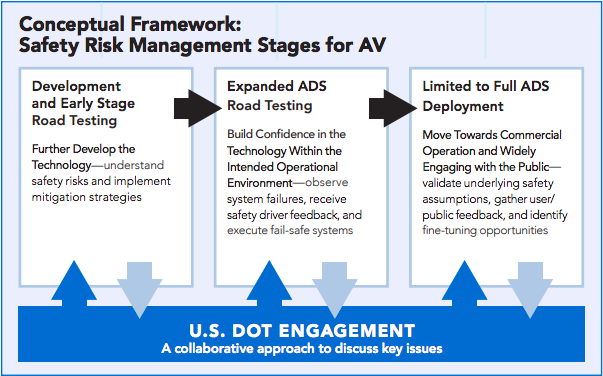 So what does this mean for the trucking industry? For now, there are no major changes coming. Once automated vehicles become more prevalent, there could be a threat to drivers, but the DOT also believes that additional jobs will be created because of the technology.

Want to learn more about industry regulations, problems, future trends, and the tools and strategies to help you stay ahead of the curve? Download the Agile Fleet Playbook and discover everything today’s fleet leaders need to know. Contact us if you have any questions or want to see what Vertrax technology can do for you!